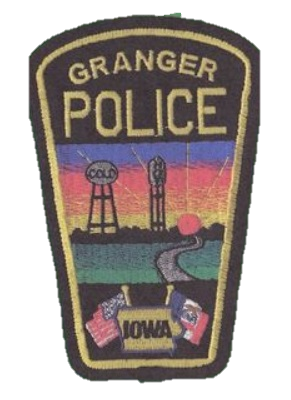 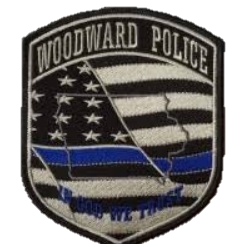 The police chiefs of Woodward and Granger have proposed a merger of their departments.

The main advantage of a consolidated department, according to Granger Police Chief Kelly Owen and Woodward Police Chief Shane Buck, would be 24-hour police protection for both communities. Neither town has an officer on duty around the clock at present.

According to the presentation given by the chiefs to both city councils this week, the consolidation would “increase accountability and generate overall efficiency.” The Woodward council met Monday night, and Granger’s council met Wednesday night, and both bodies appeared to react positively to the proposal and were open to discussing the practical details of a merger and its cost.

“I like the idea,” said Granger Mayor James. “I like the proposal you put together. It seems to be a good solution, a good fit for both communities, so I for one would be in favor.”

“I’m all for 24-hour police coverage,” Woodward Mayor Folkerts said. “I think the communities deserve it. We’ve got a good group of officers there already, and there’s just some things to work out and details to discuss.”

The joint agency would be governed by a police commission composed of each mayor, one council member from each town and a fifth member who is not an employee of either city.

The combined expenses for both departments are currently $329,681, and the proposal calls for a $20,000 or 6% budget increase. The extra $10,000 from each city would offset operating expenses, the chiefs said.

“It kills me to ask for money,” Woodward Police Officer Joseph Cox said, “but it’s a benefit to both communities. There is no way you have better police coverage than this scenario.”

City council members from both towns had questions about many aspects of the agreement, such as the overall cost, response times and the division of shared duties, the arrangements for vehicles and headquarters, the potential for a school resource officer and other issues.

Officer Cox pitched the plan to the Woodward city leaders.

“The purpose of this preliminary meeting is to open the discussion between the city leaders of Woodward and Granger,” Officer Cox said. “We want you guys’ permission to move on with this idea. We think it’s a benefit to both cities.”

Chief Owen said if an officer “gets taken out with the COVID, there’s still going to be someone available” from the joint forces.

“What we’re asking for tonight is just to consider the consolidation,” Owen said. “We don’t need an answer of, say, ‘Yeah, we’re voting for it tonight.” Basically, we just want to hear from you guys of what you think about it.”

The proposed chain of command for the consolidated department would include Chief Owen, Lieutenant Cox, Officers Buck and Chris Knouse and two certified reserve officers, with additional reserve officers in the pipeline.