A Perry man was critically injured about 9:30 p.m. Sunday near Yale in Guthrie County when he was struck by a passing motorist as he was putting gasoline in his vehicle.

Curtis Moorhead, 38, who currently lives in Jamaica, was adding fuel to his Jeep Woody after it ran out of gas on 160th Road near Wink Avenue east of Yale, according to Guthrie County Chief Deputy Sheriff Jeremy Bennett.

“The whole thing’s still under investigation,” Bennett said Monday. “The State Patrol and the Guthrie County Sheriff’s office are investigating it, and it’s probably going to be a little bit before we have any information to release.”

Bennett said Moorhead’s vehicle “was just a few hundred yards west of Wink Avenue, the blacktop that goes north into Jamaica. He was eastbound and stopped on the side of the road, kind of straddled the fog line. That’s where he was struck” by a Dodge Journey minivan.

Brian Moorhead of Perry, the victim’s brother, said Monday afternoon his brother “is still critical, on ventilator and still sedated. They just took him into surgery for his right arm that took impact.”

He said his brother is expected to remain in the hospital’s intensive care unit for several days.

One adult and three children were passengers in Moorhead’s vehicle at the time of the accident, according to Bennett. There were no other injuries. 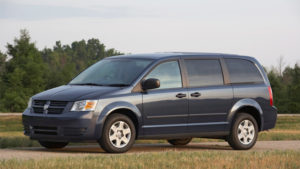 No information has been released about the driver of the Dodge minivan that struck Moorhead.

“We ended up having another subject come through the accident scene,” Bennett said, “and we arrested him for drunk driving, so it was a busy night last night.”