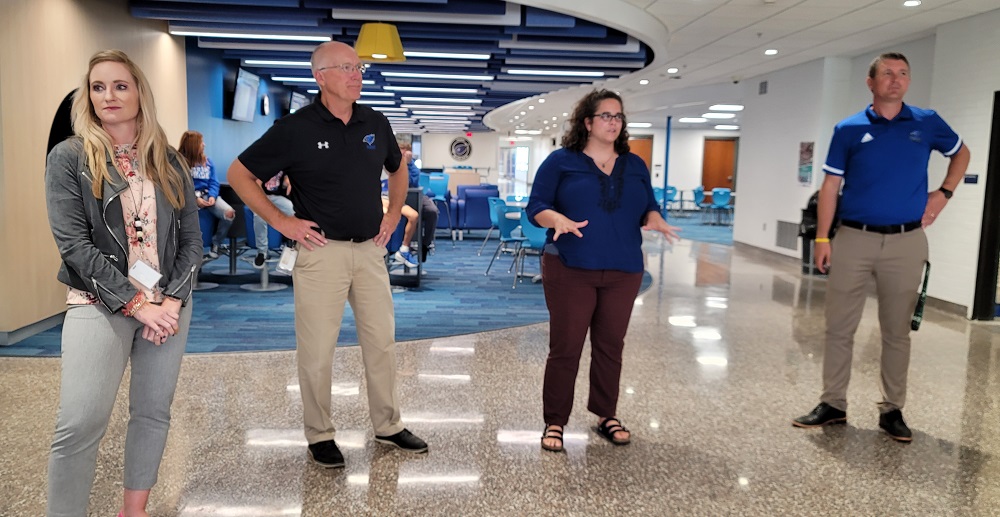 A crowd of students, faculty, staff and Perry Chamber of Commerce members gathered Tuesday afternoon to celebrate the official unveiling of the Perry Middle School, where a $5.7 million makeover brought improvements — from the new front office at the school’s west entrance to the STEM lab at the far eastern extremity.

“Sixteen months ago, we thought this day would never come,” said Menke of the renovation project, managed by Urbandale-based Ball Team Construction LLC. Asbestos abatement began in May 2021 at the 62-year-old PMS building, and the project turned into a minor odyssey with pandemic-forced supply-chain delays.

As a result, about 400 middle school students shared classroom space in the high school with about 550 high school students during the last school year, including about 130 sixth graders, who occupied the new multipurpose room — popularly known as the Turf Room — at the campus’ north end.

Menke gave a shout out to the faculty and staff, thanking them for patiently enduring the yearlong project, and he invited visitors to tour the tours were led by volunteer Perry Middle School students.