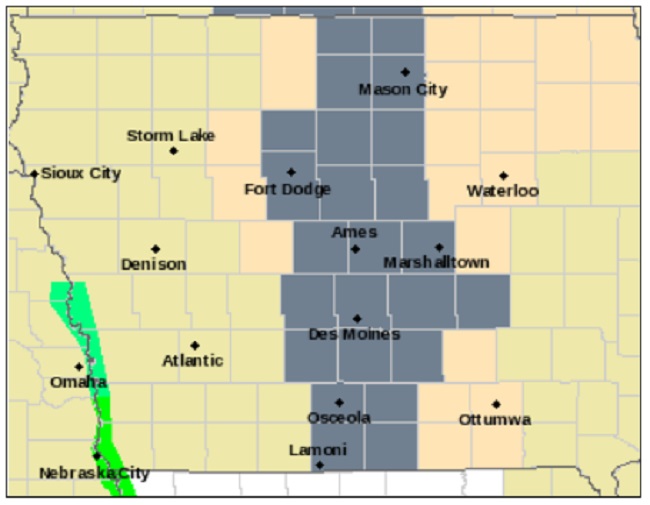 The National Weather Service (NWS) office in Des Moines has issued a dense fog advisory until 9 a.m. for the Perry area.

Widespread fog will continue over much of central Iowa Tuesday morning, with areas of dense fog primarily focused along the U.S. Interstate 35 corridor plus or minus a county or so on either side of the interstate. The area includes Dallas County.

Visibility is less than one-quarter mile in places. The fog is expected to linger until a few hours after sunrise before dissipating.

Commuter and other motorists are advised to get an early start and drive slower in the fog, giving themselves extra time to arrive at their destinations.