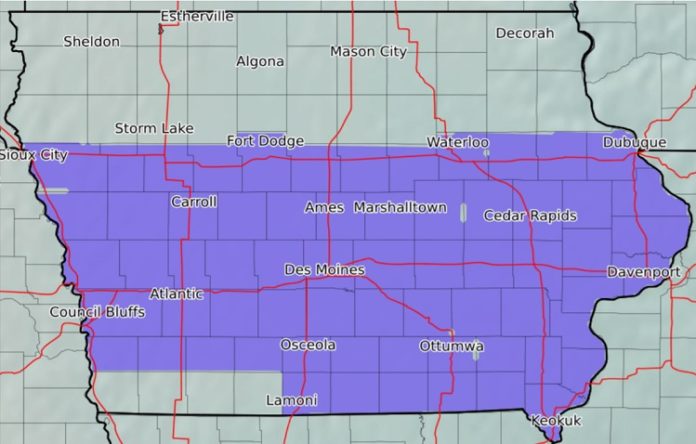 The National Weather Service office in Des Moines has issued a winter weather advisory for the Perry area and all of southern Iowa until noon Monday, with an expected one to three inches of blowing snow creating hazardous travel conditions.

An Arctic cold front and upper-level storm system will combine for a band of light to moderate snow over the region Sunday evening into early Monday morning. Along with accumulating snowfall, winds are expected to increase to 20 to 30 mph from about 3 a.m. to 9 a.m. Monday, resulting in blowing snow and poor travel conditions.

The stronger winds will occur during the Monday morning commute and could pose a brief period of significant travel impacts. Though there is still some uncertainty as to snowfall amounts and locations of greatest snowfall, confidence of hazardous winter travel conditions has increased over the region.

Travelers should expect slippery road conditions, with blowing snow and reduced visibility possible during the Monday morning commute. Cold temperatures and wind chills in the
single digits are expected during the day.