A fire broke out in the factory of Straight Engineering Co. in Adel about 8 p.m. Friday and kept firefighters from four local departments guessing for several hours as they tried to pinpoint the source of the steady smoke.

The Adel Fire Department, with assistance from the Dallas Center, Redfield and Waukee departments, responded to a report of visible flames inside and heavy smoke issuing out of the 62-year-old, 14,000-square-foot building located at the northeast corner of Greene and S. 18th streets.

The dilapidated Straight Engineering structure was the site for many years of the manufacture of tilting, pulsating unloaders for railroad box cars and cargo shipping containers. Their customers include agriculture and food-processing giants such as ADM, Bunge, Cargill, Continental Grain, Nabisco, Maxwell Coffee, Novartis Seeds, Peavey, Pillsbury Company and Ralston Purina.

The firefighters quickly knocked down the flames and entered the building, according to an Adel Fire Department member on the scene, but they drew back when they found two large tanks of unknown contents inside the building. The possibility the tanks held a highly explosive or toxic substance made a more cautious approach advisable, the firefighter said. 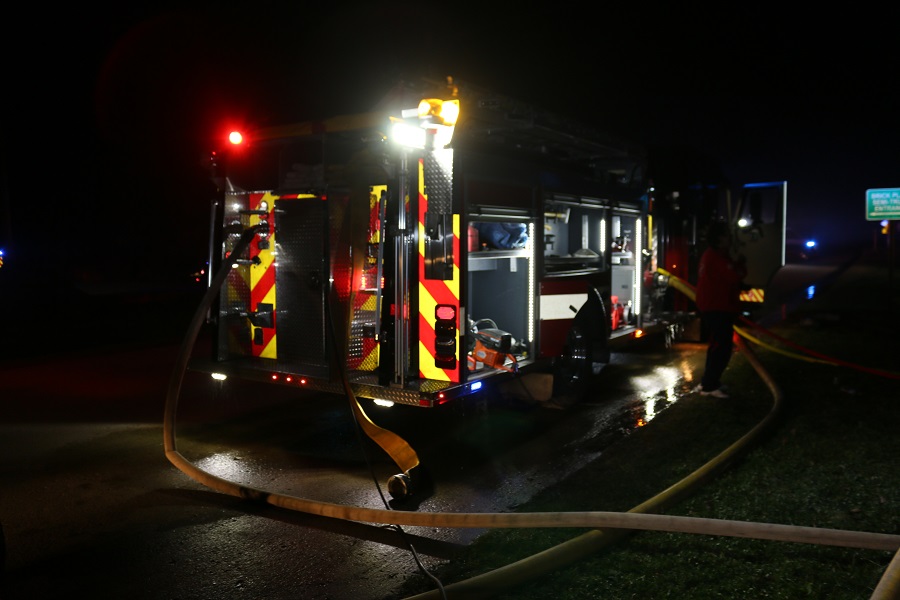 ‘Blood all over’ scene of alleged attack Friday night in Perry