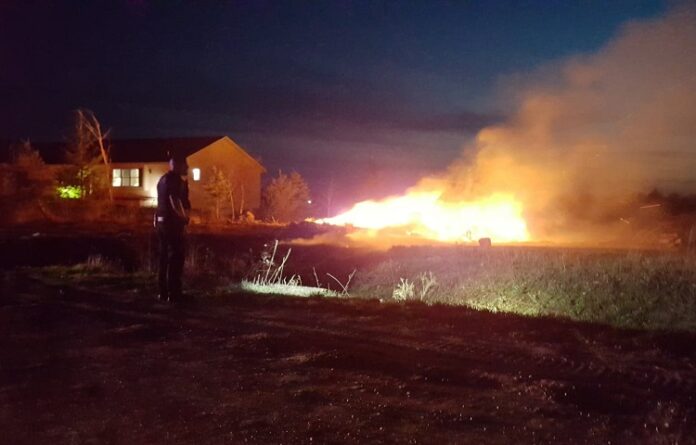 Perry’s public safety agencies responded to a report of a fire that was threatening structures on 16th Street on the town’s north side Sunday night, but the fire turned out to be a controlled burn.

The fire was reported about 8:30 p.m. near the Robert and Laura Allen house at 2405 16th St. The burn pile was situated on property inside the city limits and owned by local landscaper Kevin Wicks, according to county records.