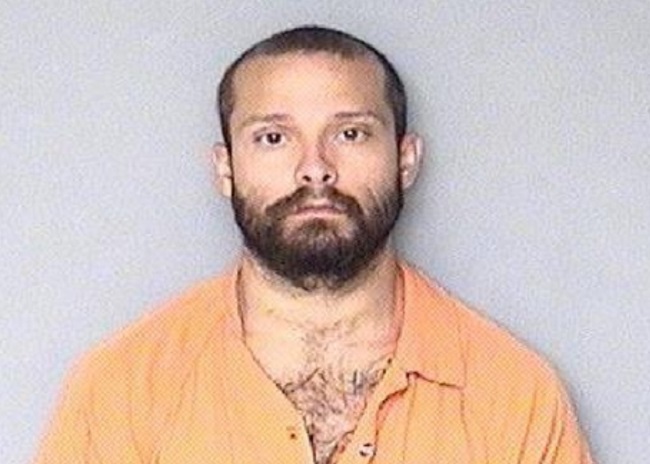 A Yale man was arrested in Perry Monday evening after allegedly holding a knife to the throat of a teenage boy.

Zachary Allen Thomas, 31, of 711 Bell St. Yale, was charged with assault while displaying a dangerous weapon.

The incident began about 5:45 p.m. Monday in a residence in the 300 block of Lucinda Street in Perry, where an officer of the Perry Police Department responded to a report of a fight in progress.

The victim, a 15-year-old male from Perry, told the officer he was amusing himself with a baseball bat in the backyard of the residence when Thomas “went into the backyard and told the victim that he needed to leave the residence,” according to court records.

The victim said he then entered the garage of the residence, where Thomas allegedly “pulled an offensive-style knife from his person and held it to the victim’s throat” and “told the victim to exit the garage.”

Thomas and the victim exited the garage, according to court records, and Thomas then “threw the knife over in front of a vehicle that was parked in the driveway of the residence.”

The victim said he called his mother and described the incident, and the mother called 911 for assistance.

Thomas is held in the Dallas County Jail on a $2,000 cash or surety bond. He is scheduled for a preliminary hearing Oct. 7 in Dallas County District Court.

Thomas was also arrested on a Dallas County warrant for probation violation in connection with a May 2020 conviction for third or subsequent offense possession of a controlled substance in Dallas County District Court.