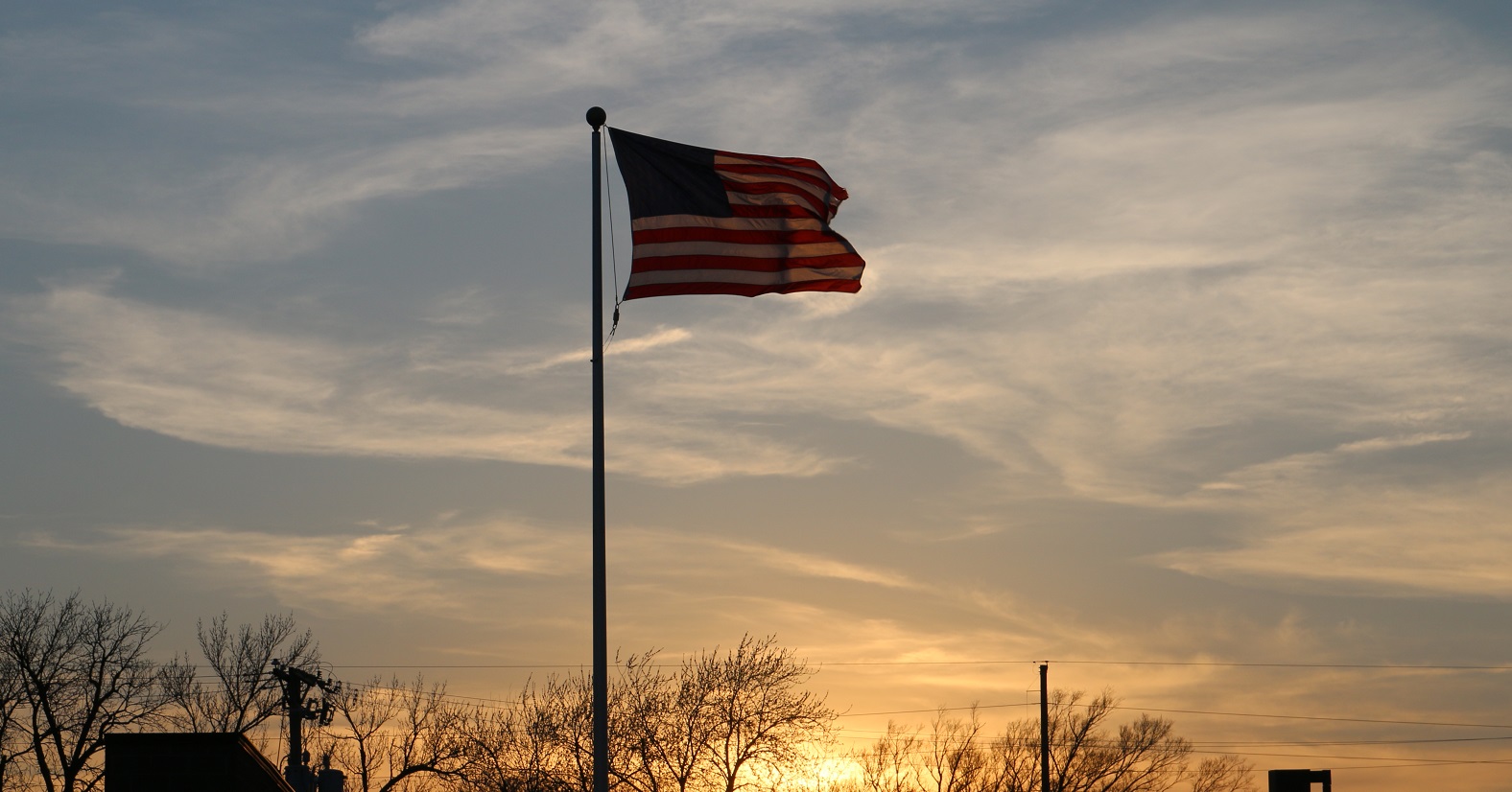 The Perry Lions Club and Perry Optimist Club International are teaming up for a holiday flag project aiming to line Willis Avenue with U.S. Flags five times a year on national holidays.

Property owners along Willis Avenue, both homes and businesses, will be visited by volunteers from the two Perry civic groups over the next few weeks as they roll out the Holiday Flag Program.

Dave Wright, president of the Perry Lions, said the holiday-flag idea was borrowed from other service clubs that do flag service projects, such as the Adel Lions Club.

“I presented the idea to the Lions, but there were concerns about manpower needs of the project,” Wright said. “That’s when I approached Dr. Randy McCaulley, president of the Optimists, and they were all for it.”

McCaulley was confident about the project. “We think this a great way for people both to make Perry a more beautiful city on the holidays and show our love for our country,” he said. “Once we have flags all along Willis, then we’ll start placing them along First Avenue, too. This is the kind of project that will really grow.”

For a $25 annual donation from the property owners, the Lions and Optimists will raise a three-by-five-foot U.S. Flag in owners’ yards five times each year: on Memorial Day, Independence Day, Flag Day, Veterans Day and Labor Day.

Utility locators will determine, at no cost to the property owner, the safest spot in each yard for the flag, and a temporary flag holder will be placed there. Flags will then be placed at sun up and removed at sundown on the five national holidays by Lion and Optimist volunteers.

“People will notice some dramatic changes in the complexion of the community,” said Wright, “with the increased number of citizens displaying the American flag.”

Proceeds from the joint fundraising project by the Optimists and Lions will be divided and used for community projects sponsored by each club, such as the Perry Lions’ eyeglasses project and the Optimists’ high school scholarships. 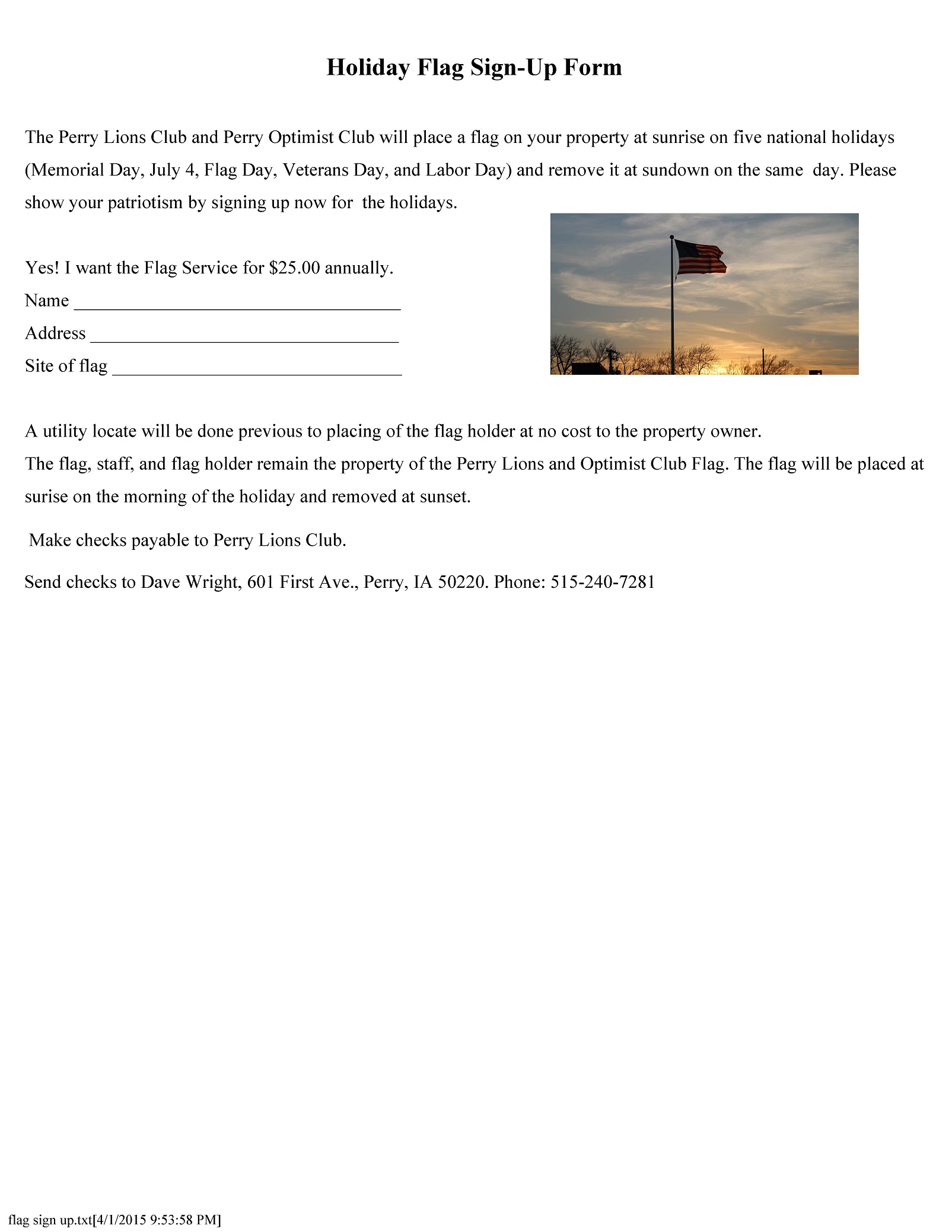