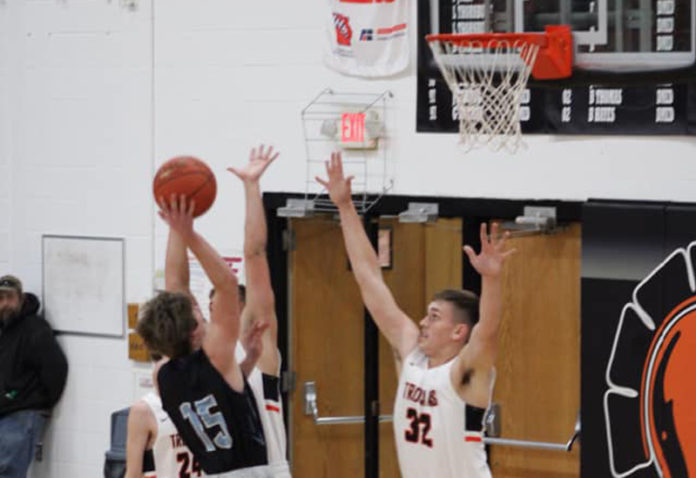 Madrid opened a 12-2 lead in the nightcap, with a 21-6 second quarter powering Panorama into a 23-18 halftime lead. The Panther boys led, 35-27, entering the fourth quarter, but the Tigers drained several 3-pointers to force extra time with the game tied at 49-all.

Panorama quickly took charge of the bonus period and led by four points in the last minute, with a hectic trey finding the bottom of the net in the last second to provide the final margin.

The guests held a decided advantage at the free throw line, sinking 21-of-35 while the hosts made good on 10-of-13 attempts. Madrid connected on 7-of-17 3-pointers, with Panorama hitting just 1-of-10.

The Class 3A No. 6 Panther girls survived a poor shooting night by strangling the Tiger offense. Panorama drained just 3-of-16 3-pointers and only 10-of-20 free throws but were never threatened.

“We continue to work on finding our team rhythm,” Panorama head coach Kylee Boettcher said. “Each night we focus on various aspects of the game and hone our skills. We are establishing our style of play and each girl is finding her role.”

Panorama visits Van Meter Tuesday and hosts AC/GC Friday. Both the Panther boys and girls will end their pre-holiday slate by hosting Ogden Dec. 22, but the Panorama girls have rescheduled a game from earlier this season and will send the JV/varsity teams to Harlan Dec. 21.