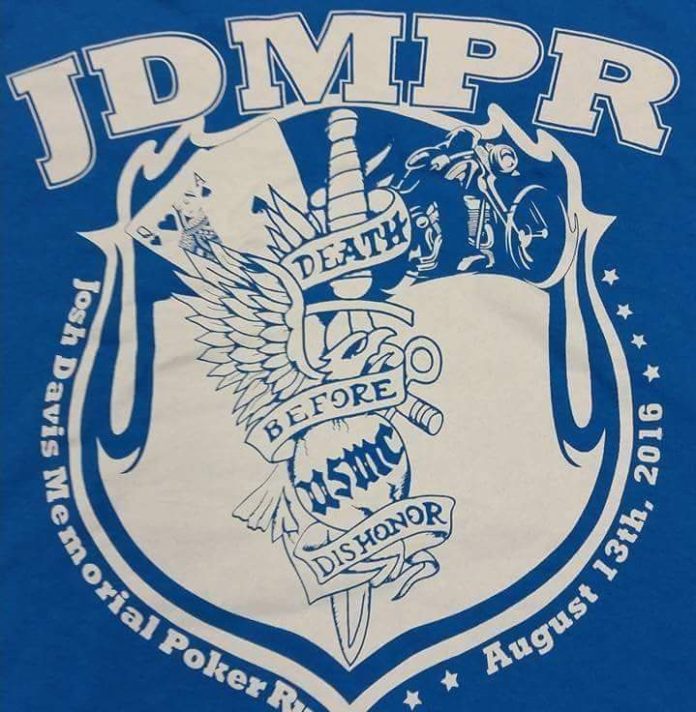 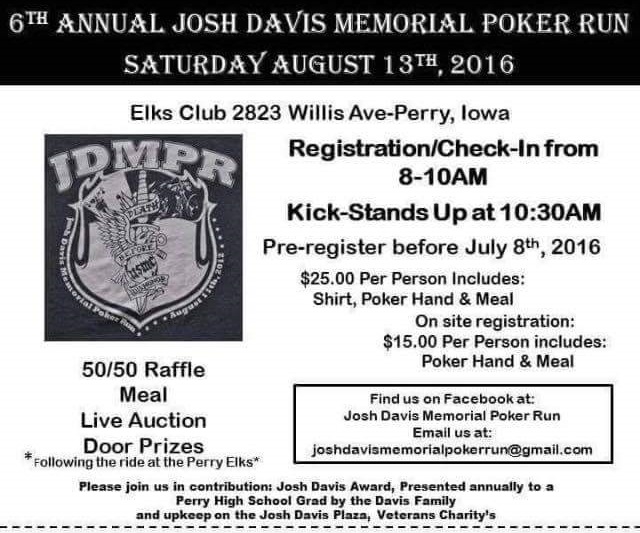 “Can you believe Saturday is the ride already?” said Jeff Collins of Perry, one of the ride’s organizers. “Man, has this summer flown by.”

The annual memorial ride starts with check-in from 8-10 a.m. at the Perry Elks Lodge, 2823 Willis Ave. in Perry. The Perry High School Junior Class Prom Committee will serve a fundraising breakfast of scrambled eggs and biscuits and gravy.

The 165-mile ride begins in Perry, with kickstands up at 10:15 a.m. Fuel will be available at every stop.

The first destination will be the Iowa Veterans Cemetery in Van Meter. A refreshment stop at the Sports Page bar in Winterset will be followed by the lunch stop at the Creston Elks Lodge, where a meal of burgers or brats, chips and macaroni salad will be available for $6.

The American Legion Hall in Dexter begins the afternoon leg, with the ride ending where it started at the Perry Elks Lodge. Supper will be served, followed by a live auction, a 50/50 drawing and a poker hand drawing.

All monies raised by the event enter the Josh Davis Memorial Fund. The fund’s activities include the Josh Davis Award at Perry High School and the upkeep and maintenance of the Josh Davis Plaza in downtown Perry. Retrieving Freedom, an organization that trains service dogs for returning veterans, also receives a portion of the charity donations.

Mother whose heart hung humble as a button
On the bright splendid shroud of your son,
Do not weep.
War is kind.