The Perry Fine Arts concert series ended their 2019 performance schedule on a high note, with the String Ties bringing instrumental virtuosity and much good humor to their two-hour show, which featured numbers ranging from blazing instrumentals to well-known choral standards.

Five-string banjo player Tommy Pfaff introduced most of the songs, including several of his own original Christmas works. The technical excellence of Larry Dalton on the stand-up bass was prominent throughout the show, with guitarist Dan Sebranek laying down a reliable rhythm section and adding the occasional bright solo. Wayne Beezley’s mandolin melodies sang like birds above the seamless ensemble.

Jazz touches stood out on Jerry Marks’ “Rudolph the Red-Nosed Reindeer” and on Jerry Herman’s “We Need a Little Christmas– omitted from the printed program — and proved the versatility and instrumental skills of the group. Similarly, the delicate arrangements of some of their “Nutcracker” passages, woven into medleys with “God Rest Ye, Merry Gentlemen” and “Christmas is Near,” were produced with studio quality for their Perry auditors. 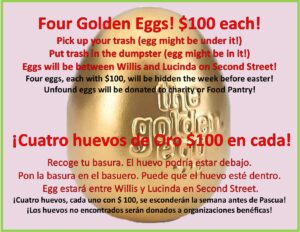