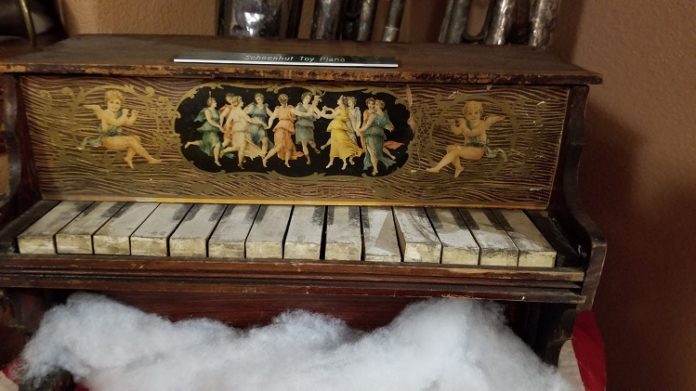 The list of top vote getters in the annual Carnegie Library Museum Festival of Trees was released this week, along with figures showing the steady growth of the popular seasonal festival of creative crafting.

This year’s Festival of Trees drew 50 entries this year, up from 46 last year and far beyond the even dozen entries when the event began in 2014. A total of 456 people voted for their favorite this year, another increase on last year’s 323 voters.

The people’s choices for popular Christmas trees were:

In addition, Lin Jacobsen and Helen Pohl were the lucky winners of the two beautiful handmade quilts, donated by Linda Andorf. The quilt raffle raised $305 for the Carnegie Library Museum, and generous visitors to the Festival of Trees dropped $345.05 in the donation boxes at the Carnegie, yielding a total of $650.05.

“We made a lot of changes this year,” said event co-organizer Laura Stebbins, “but the change most positively received by the kids was the scavenger hunt. The Perry Public Library awarded their candy-filled ornaments to kids completing the hunt correctly along with a chance to win the book ‘The Night Before Christmas,’ and Isabelle Trotter won the book drawing.”

In addition to the Festival of Trees’ usual night-of-the-Lighted-Parade evening hours, one Friday evening in December was hosted by Rosa Gonzalez, a longtime member of Hispanics United for Perry and a family science instructor with ISU Extension. Gonzalez brought treats and hot beverages and encouraged Latinos to attend the Festival of Trees.

“While we are always open to all, many Latino families attended the Festival that evening and commented that it was their first time inside the beautiful gem that is the Carnegie,” Stebbins said. “Anytime we expose someone to the Carnegie, it’s a win.”